With the knowledge that the boat wasn’t sinking, and the belief that the fish would not do any damage to the hull, I slept well that night.  We all got up around 0530 the following morning, as Jesse James’ Maxi Taxi Service was scheduled to pick us up at 0600, and drive us to the US Embassy for our 0715 appointment. 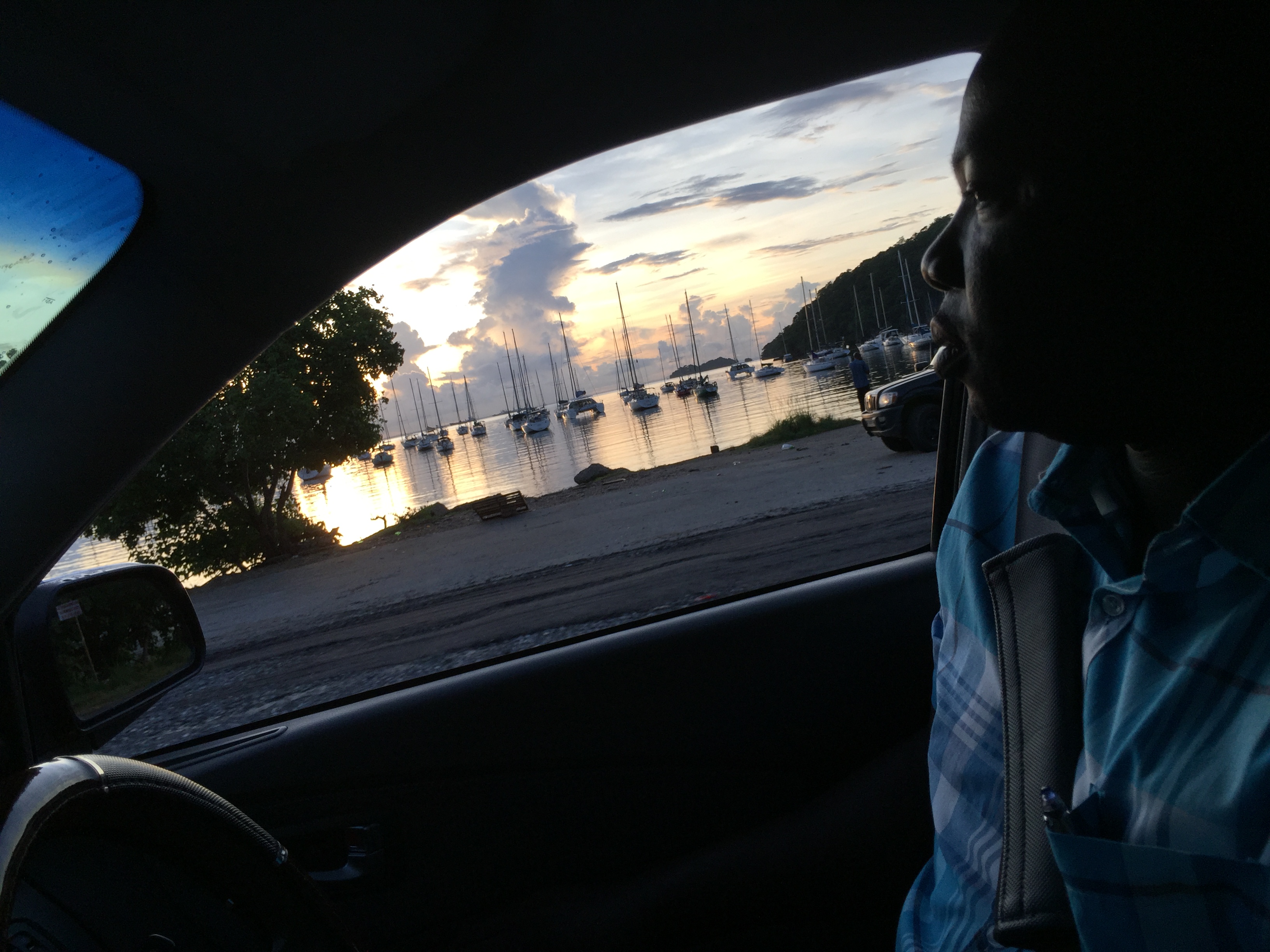 Jesse James Driver Taking us to the US Embassy

We arrived early, had some breakfast at a local establishment, and then we waited on line for 30 minutes or so.  After finally getting inside, we waited another hour or more before the documents were finally signed, and we were on our way back to the marina.

As soon as we got out of the Embassy (About 1030), I tried to wire the money for the purchase from my phone, but couldn’t.  When we got back to the marina, I tried to initiate the wire from the marina computer – no go.  I could tell, D&M were getting a bit concerned about the wire delay, so I called home and had someone log in and initiate it from there.

I got back to the boat and was able to show D&M that the wire has been initiated.  It usually only takes a couple hours, so I was feeling good.

That good feeling only lasted for about 30 minutes.  I received a notification on my phone that the wire transfer was rejected.  D&M are starting to look at me funny.  I grabbed my laptop, iPad and phone and raced up to the marina restaurant (best wifi for phone calls).  I called my bank and found out that the wire was rejected because they saw activity on the account in NY and Trinidad.  As it is impossible for me to be in two locations simultaneously, they shut it down.  The branch representative I was talking to made some calls, but when he called me back he said there was nothing they can do.  I had to initiate a new wire.  The problem was, my daily wire limit prevented me from doing it that day.  I had to wait until the following day – the 11th of November, Veteran’s Day, a banking holiday.  That meant the money wouldn’t move until the following Monday.

D&M continued giving me looks, or at least that’s the feeling I was getting.  At the same time, I understood where they were coming from.  The two of them were being extremely gracious by lending me their time and experience.  They had agreed to provide me almost a month of their time to teach me as much of what they know about the boat, what they had learned, and things were not going as planned.

After a couple hours, I think they calmed down.  We ended up having a nice dinner and celebrated the semi-transfer with a bottle of champagne. 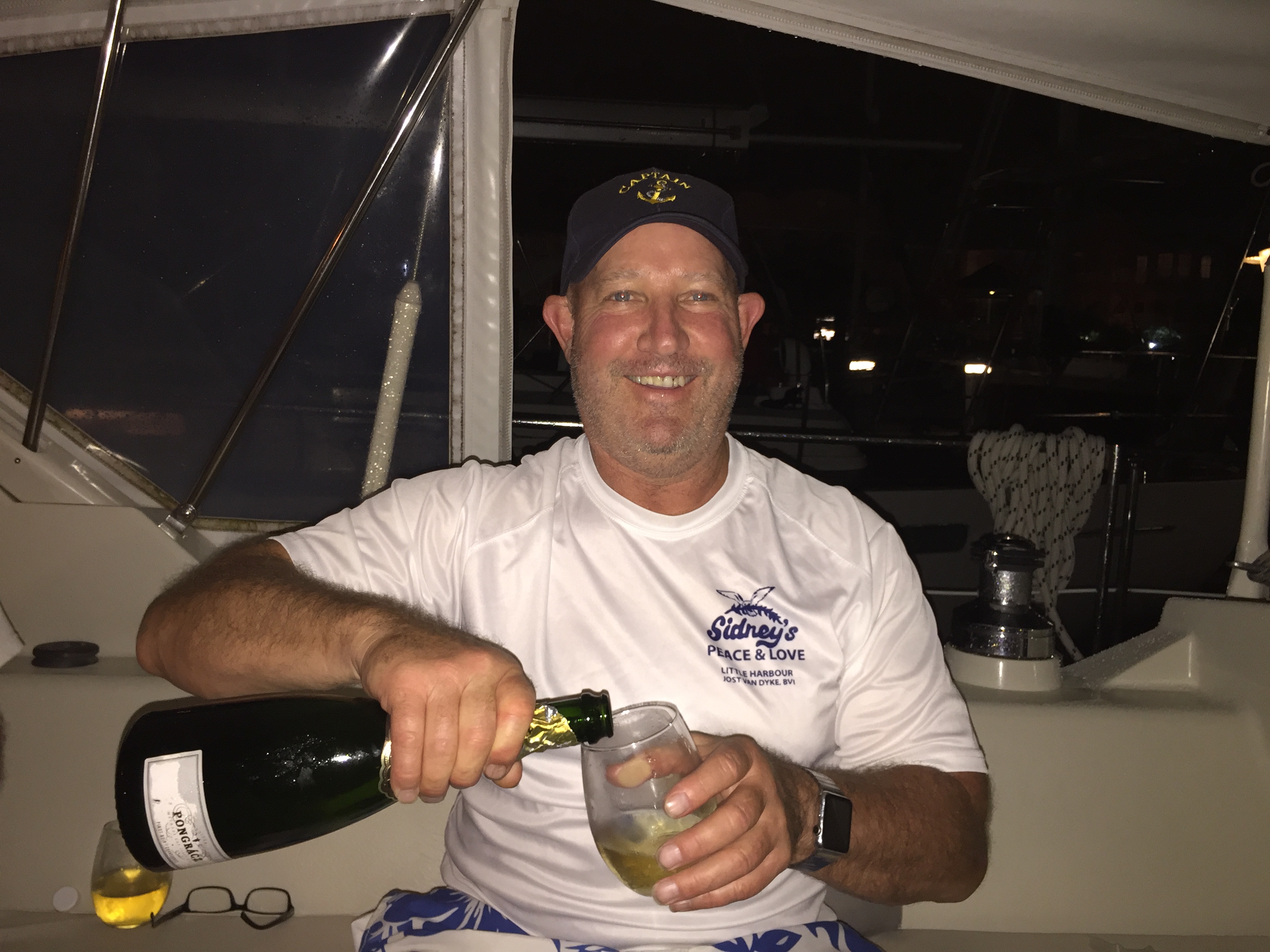 The next morning we were checking weather, looking for a good window to sail to Martinique.  D&M had taken care of some routine maintenance back in May, but two items couldn’t be addressed due to lack of parts, and they had scheduled the work for the upcoming week.

This change would also allow Anna Marie and Daniel to come down over the Thanksgiving break!  As David had already been entertaining ways to get them down, I thought he would be ecstatic about the possibility.

I proposed this change of plans to D&M on the morning of November 12, when the both of them had come into the salon.  I had been making it a habit of getting up early, preparing coffee, and turning the pot on as soon as I heard rumblings from their cabin.  I had also been making it a habit of discussing things with the both of them first thing, as I was always under the assumption that they would be happy to hear about the marvelous thoughts I had throughout the night, and how these thoughts or changes to the itinerary were going to benefit us all.  I couldn’t wait to tell them and welcomed their arrival to the salon that morning.

For background purposes, I am basically a night owl.  Unless I am really tired from a day of heavy physical activity, my brain usually kicks into high gear after dark, and sometimes refuses to shut down.  During this trip, that process was magnified two or threefold.  Every night was Christmas Eve and every day was Christmas.  We were fulfilling our life’s dream, and I couldn’t stop thinking about it.  Some nights I only slept for 2 or 3 hours.  I was on an adrenaline high that just would not quit.  When the thought occurred to me that night, that we could avoid traveling all the way to St. Thomas, and end the journey in Saint Lucia, just 20 something miles south of Martinique, I considered myself a genius!

D&M came into the salon that morning of the 12th.  I offered them coffee as per usual, poured myself a cup, and we sat down at the settee.  After a few “how did you sleeps…?”, I proposed my plan.

David reacted first, he was not happy.  It was apparent that (I’m surmising here) he had no faith in me as the money was somewhere in cyberspace, and no faith in Jan as, in his mind, “Why are we going to St. Thomas one day and to Saint Lucia the next?”.  Marian, was next.  She rattled off a list of complaints (of which I don’t even recall at the moment), but they sounded similar to David’s.

Hmm.  They are not happy with all these marvelous ideas I came up with last night…?  Wake up call for Paul.  “Talk to D&M about changes at lunch instead of breakfast” and oh, “do it after the money shows up”.

I let some time pass.  The next day, the 13th, they came around to the idea of not sailing to St. Thomas.  We agreed that they would still captain the vessel until we left Martinique.  We also agreed that we would leave Monday, November 14th, if the weather continued in its current pattern.

Sunday night, I booked the flights for Anna Marie and Dan.  She and I spent at least two hours talking about everything that was going on as well as the plans for their trip.  There was so much happening, I wished very much that she could have been there.

On Monday, the weather was looking the same, so we headed out that afternoon for Scotland Bay.  I even got to drive the boat! 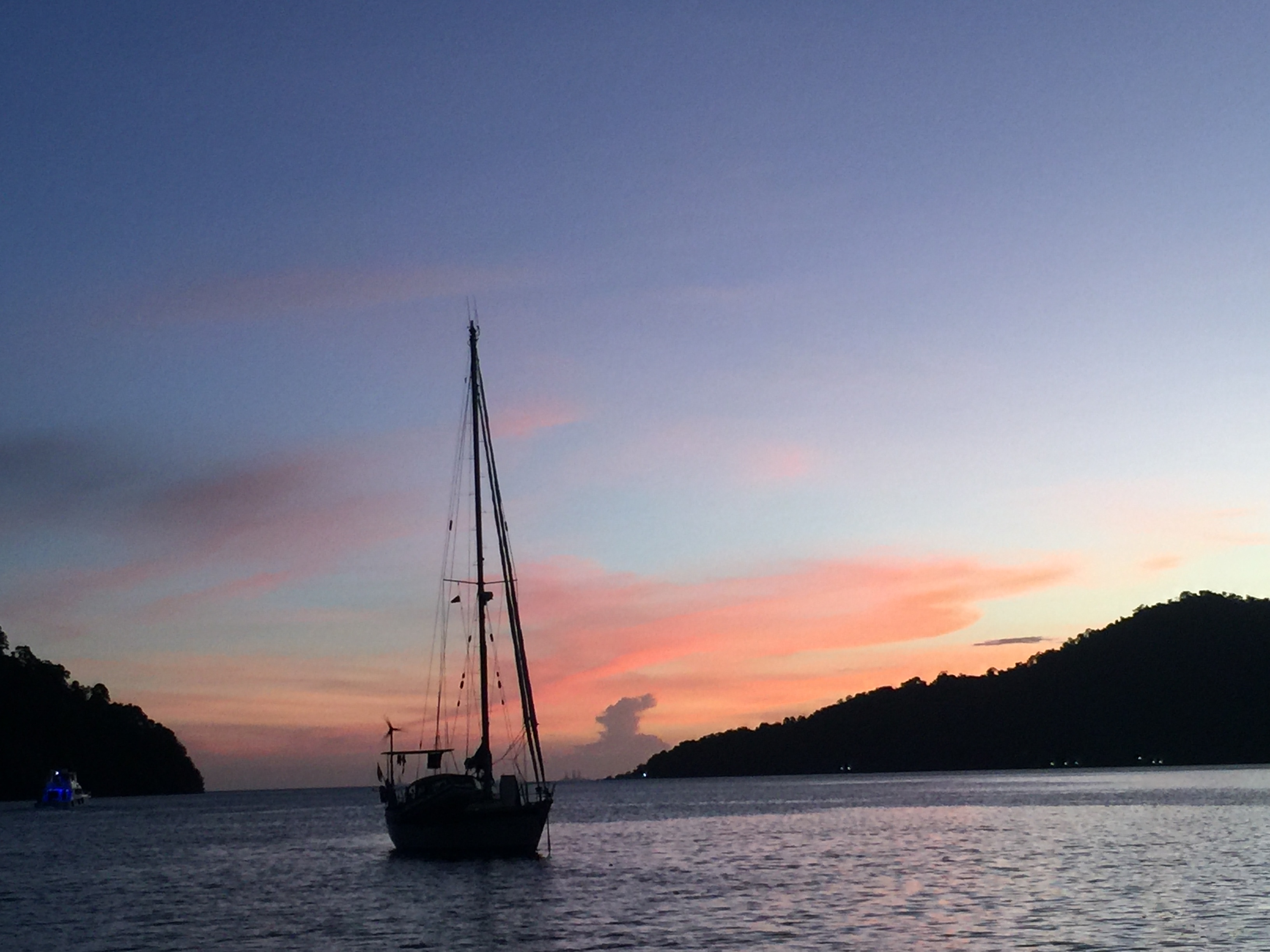 We would leave there early Tuesday morning for Martinique.